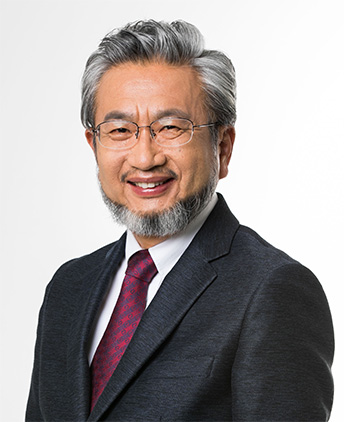 Dong-Soo Kwon is a Professor in the Department of Mechanical Engineering at the Korea Advanced Institute of Science and Technology (KAIST), Director of the Human-Robot Interaction Research Center, Director of the Center for Future Medical Robotics. He is serving the IEEE Robotics and Automation Society (RAS) as a member of the Administrative Committee (AdCom). In addition, He is the founder CEO of EasyEndo Surgical Inc., Chairman of the board of directors of Korea Institute of Robot and convergence (KIRO), and a member of National Academy of Engineering of Korea (NAEK).

His research deals with Medical Robotics, Haptics, and Human-Robot Interaction. He has contributed to the advancement of several robot venture companies by technology transfer. Recently, he has established a start-up company based on his medical robot research results.

He had worked as the Research Staff in the Telerobotics section at Oak Ridge National Laboratory from 1991 to 1995. He was a Graduate Research Assistant in Flexible Automation Lab. at Georgia Institute of Technology from 1985 to 1991, and the Section Chief, Manager at R&D Group of Kanglim Co., Ltd from 1982 to 1985. He received the Ph.D. in the Department of M.E. at Georgia Institute of Technology in 1991, M.S. in the M.E. at KAIST in 1982, and B.S. in the M.E. at Seoul National University in Korea in 1980.

This talk will introduce various surgical robots from the past to the near future, and present a trend in surgical robot technology development. As da Vinci surgical robot had been successfully applied to laparoscopic surgeries, many surgical robots in various surgical field have been appeared. One of the striking feature is the modularization of the robot platform for providing easy adoption and utilization for surgeons and hospitals. In addition, surgical robots have been evolving to be capable of providing a surgery with less incision, for example, from multi-port surgery to single-port surgery. Now the surgical robots are gradually transiting from a rigid platform to flexible platform which can provide a no-scar surgery using natural orifice of patient body. Moreover, surgical robots providing precise motion has been emerging. These robotic platforms provides much more sophisticated movements than surgeon’s hand, thus enabling more precise micro-level surgeries. In addition to the above trends, effort to develop next generation surgical robots in our institution will be introduced as well.