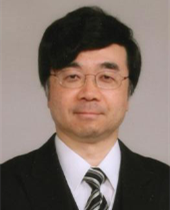 The University of Tokyo, Japan

Professor Koji Ikuta received his first B.S. in Material Science and Engineering, and his second B.S. and M.S. in Biophysical Engineering in 1977,1979 and 1981 respectively from Osaka University. He received a Ph.D in Control Engineering from Tokyo Institute of Technology in 1987. He joined the Center for Robotic Systems in Microelectronics at the University of California, Santa Barbara in 1987. He was an assistant professor at the University of Tokyo and an associate professor at Kyusyu Institute of Tech- nology. He has moved to Nagoya University as a full professor at the new department of micro/nano system engineering in 1994. He moved to the University of Tokyo to upgrade his research from 2010. He organized EEE MEMS’ 94 as a General Chair and the steering committee of MEMS from 1992.

He was awarded more than 40 academic prizes and awards for his outstanding research in biomedi- cal micro machines (Bio-MEMS) and medical robotics from Japanese government and academic societ- ies such as IEEE, Robotics Society of Japan and Japanese Society of Mechanical Engineers etc. Out- standing Researcher Prize from Ministry of Education, Science and Culture of Japan, The Achievement award from American Association on Laboratory Automation and many best paper awards from aca- demic Societies. Recently he received the most influential paper award from IEEE International confer- ence of robotics and automation. He received a “Purple Medal from Japanese Emperor” in 2010. He is the one of an international advisory board of Science Robotics.

Professor Ikuta has been developing several types of the “optically-driven micro/nano robots” working in liquid. A real three dimensional micro fabrication process using photo curable polymer named “mi- cro/nano stereolithography “ developed by his group is utilized. This process achieved 100 nm in 3D res- olution and the freely movable micro/nano structures can be fabricated without any assembling or bond- ing process. Nano tweezers/needle and nano robot hand with 3 D.O.F. were successfully fabricated and verified to control. Various kind of “living cells” and delicate biological materials can be remotely han- dled. The sub-pN range real-time force sensing system has been developed and force measuring ability during micro operation of living cell was verified. Mechanical property of the yeast cell and red blood cell were measured successfully. These results bring new aspect to cellular biology, because the mechani- cal stimulation and measurement became more important in a leading edge of mechano-biology.

Secondly, a newly developed 3D nano fabrication has been opening the Tissue Engineering micro chips. The advanced biochemical IC chip-set for “on chip cell-free protein synthesis” and “Proteomic device” to analyze protein of the cells were developed. And poison-free process was found to utilize commercial photo curable polymers for cell level biocompatible device .

Thirdly, a new micro device composed by several biochemical IC chips to detect the micro-RNA was developed. Since the cancer dependence of the micro-RNA was found recently, it enable us to find the cancer at earlier stage than conventional cancer marker based on the protein and molecular spreded from the cancer. The latest version of micro-RNA detection devices is finger size and low cost.

Professor Koji Ikuta received double major in Material Science and Biophysical Engineering from Osaka University and Ph.D in Control Engineering from Tokyo Institute of Technology. He joined the Center for Robotic Systems at the University of California (UCSB). He has been a full professor in micro/nano engineering at Nagoya University and moved to the University of Tokyo in 2010. He was awarded many academic prizes including Purple Medal from Japanese Emperor in biomedical micro machines and medical robotics