2020 Academic Forum of Institute of Medical Robotics (IMR) of Shanghai Jiao Tong University (SJTU) was held simultaneously in the Translational Medicine Building on SJTU Minhang campus and ZOOM platform from December 14 to 16. Academic masters, well-known experts, young scholars and business elites from all over the world went to the academic gathering to show the latest research progress and results, and to discuss technical challenges and development trends in the field of medical robots. 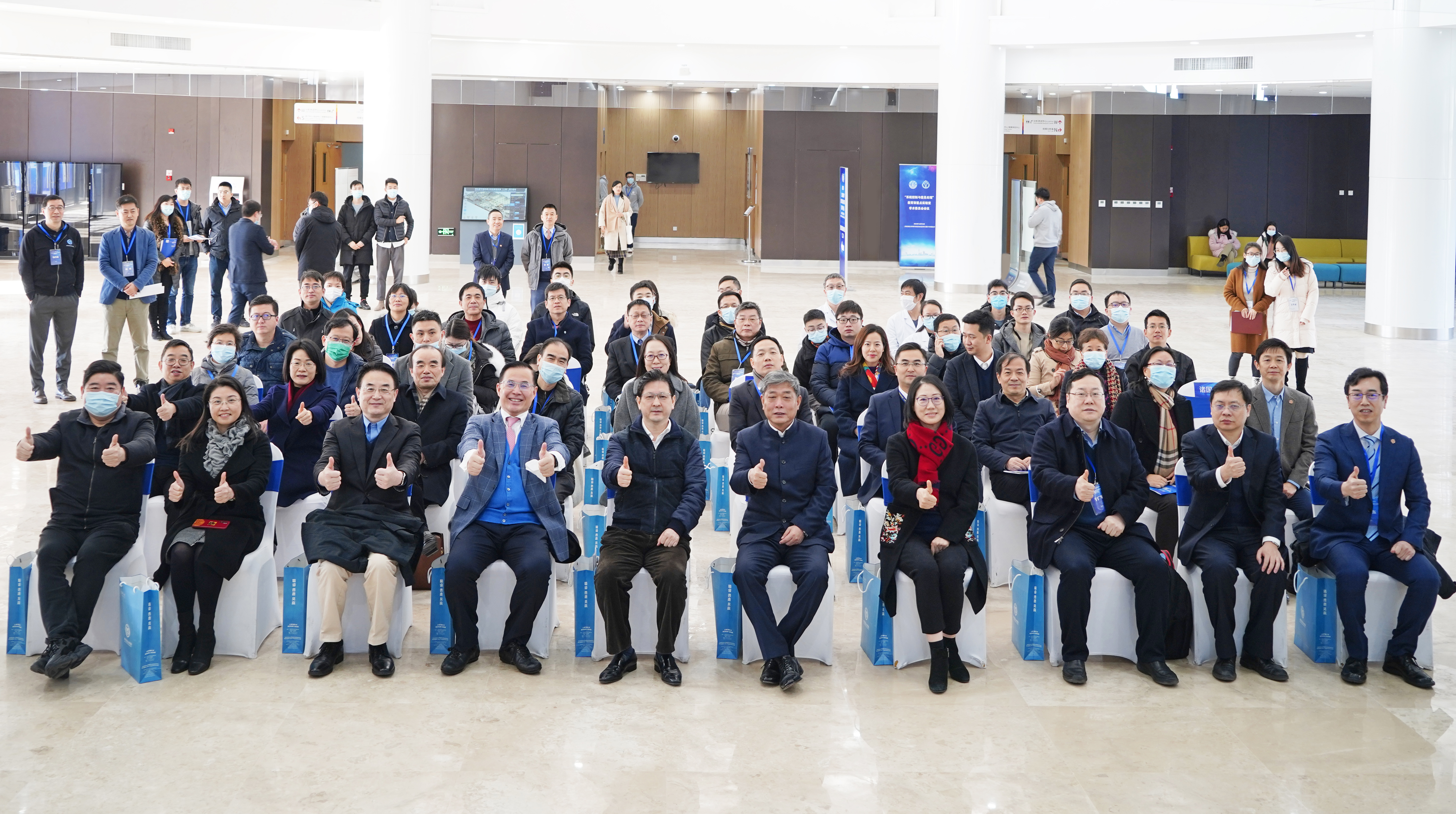 On the morning of December 15, the Opening Ceremony and the Entry Ceremony of Space Phase Ⅱ and Phase Ⅲ was held in the Translational Medicine Building. The Ceremony was presided over by Prof. Weidong Chen, Executive Vice President of IMR. Ansheng Zhang, Member of the Standing Committee of the Party Committee and Vice President of SJTU, and Bin Wu, Member of the Standing Committee of the Minhang District and Deputy District Mayor, attended the Ceremony and delivered speeches. Yi Lin, Director of Minhang District Economic Commission, Li Li, Director of Science and Technology Commission, Jianyuan Yu, Chairman of Nanbinjiang Investment Development Co., Ltd., Yayun Xu, General Manager of Nanbinjiang Company and Chairman of Nanxie Robot Company, Xingxian Wu, Executive Deputy General Manager of Minhang Real Estate (Group) Co., Ltd., and other leaders, professors, doctors and students from relevant departments of SJTU attended the Opening Ceremony. 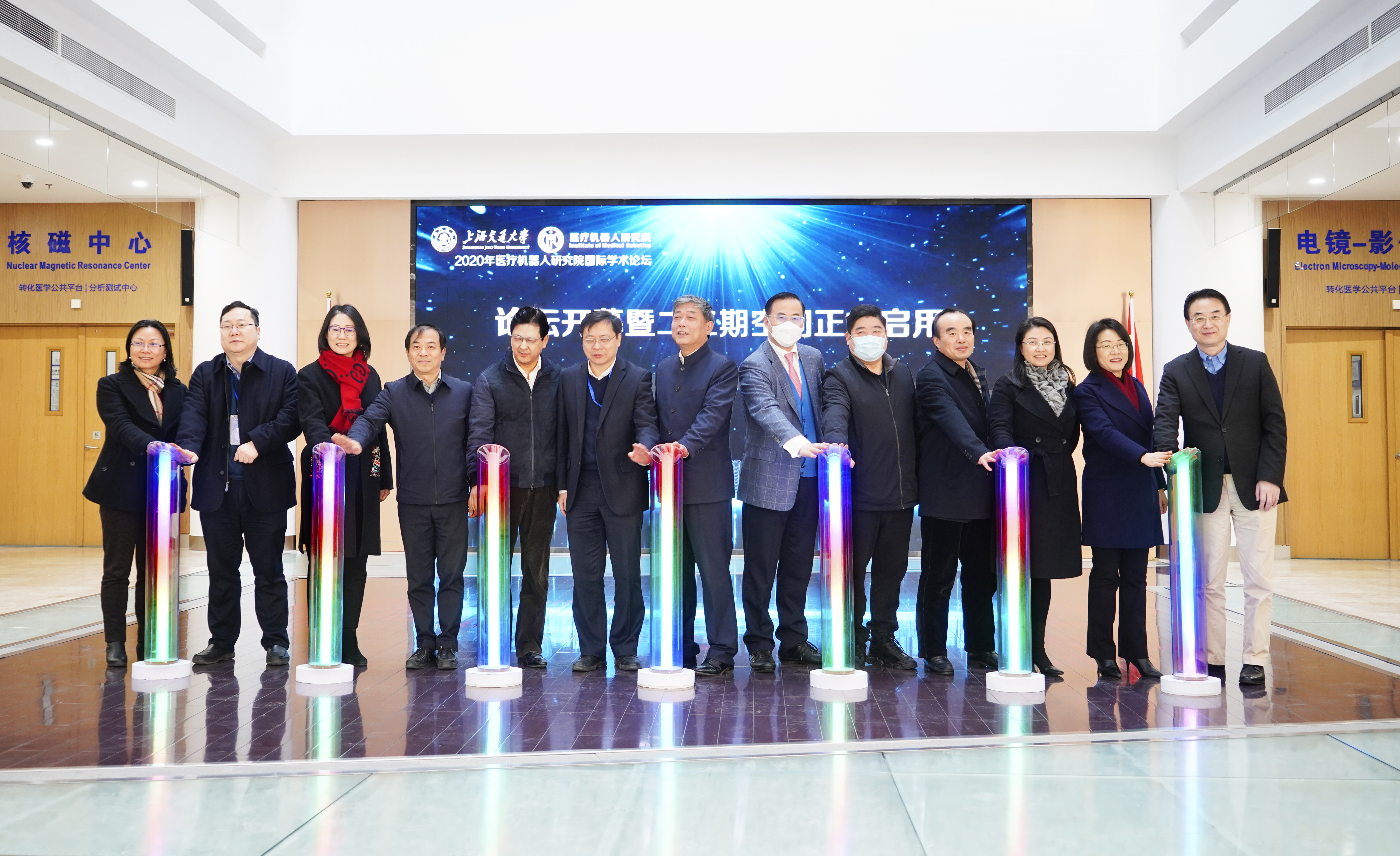 Ansheng Zhang affirmed IMR’s achievements since its establishment in 2017 in infrastructure construction, scientific research, and industry-university-medical-research cooperation. He believed that IMR can make more major innovations in the field of basic science and technology in the future, make more major breakthroughs in key core technologies, boosting SJTU’s world-class university construction, and providing intellectual support for the development of the high-end medical equipment industry.

Bin Wu emphasized in his speech that medical robotics technology has a strong development space and industry prospects. Minhang is the highland of science and technology innovation in Shanghai, with abundant science and innovation resources and a solid industrial foundation. Key industries such as high-end equipment, artificial intelligence, new-generation information technology, and biomedicine are developing rapidly. He hoped that IMR and SJTU, together with the government, hospitals, and enterprises, will work together to create a new highland of independent R&D and industrial transformation, and strengthen the core functions of Minhang District such as the transformation of scientific and technological achievements, the incubation of relative enterprises, the cultivation of talents, and the promotion of agglomeration and radiation. 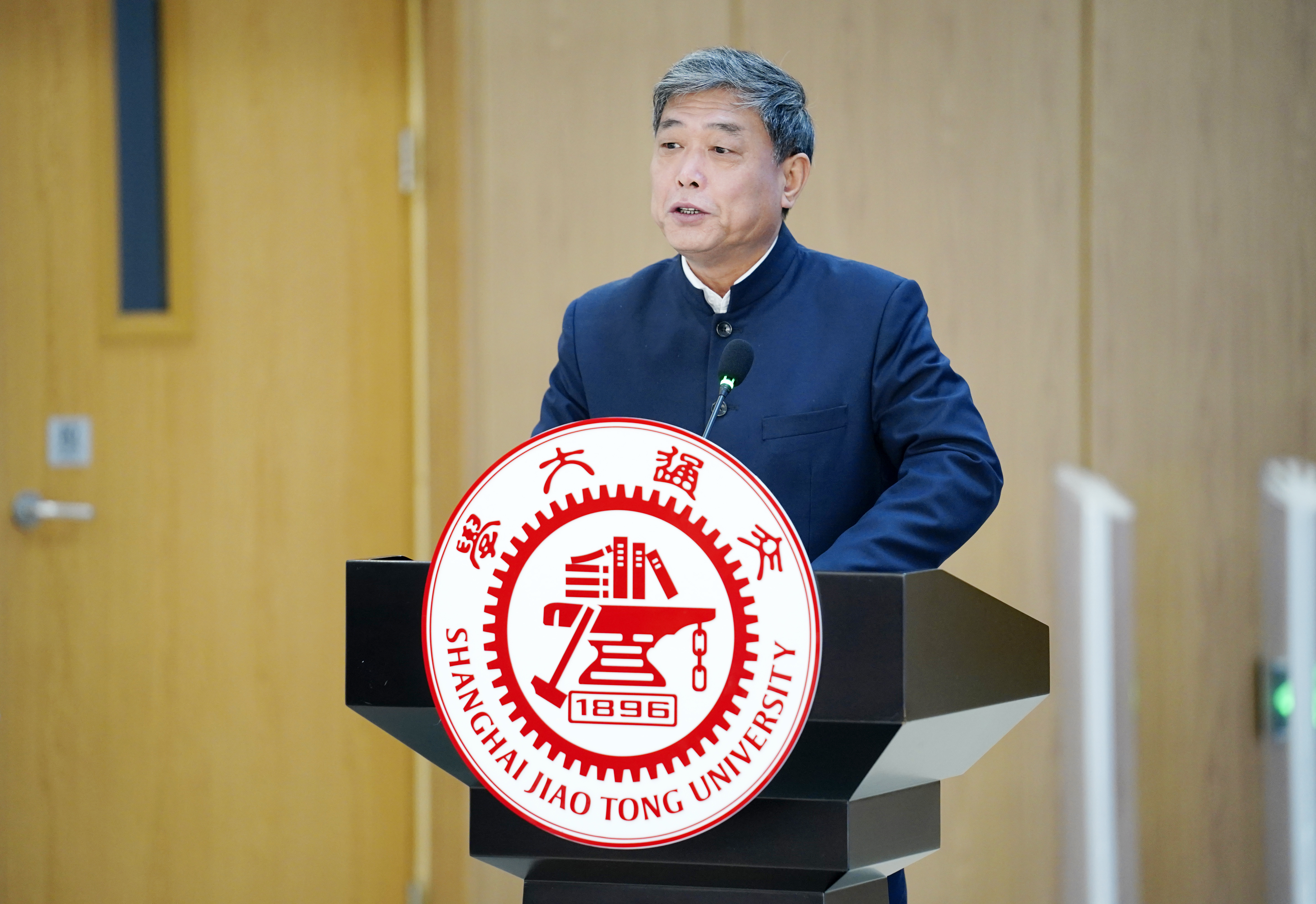 Ansheng Zhang, Member of the Standing Committee of the Party Committee and Vice President of SJTU, gave his speech 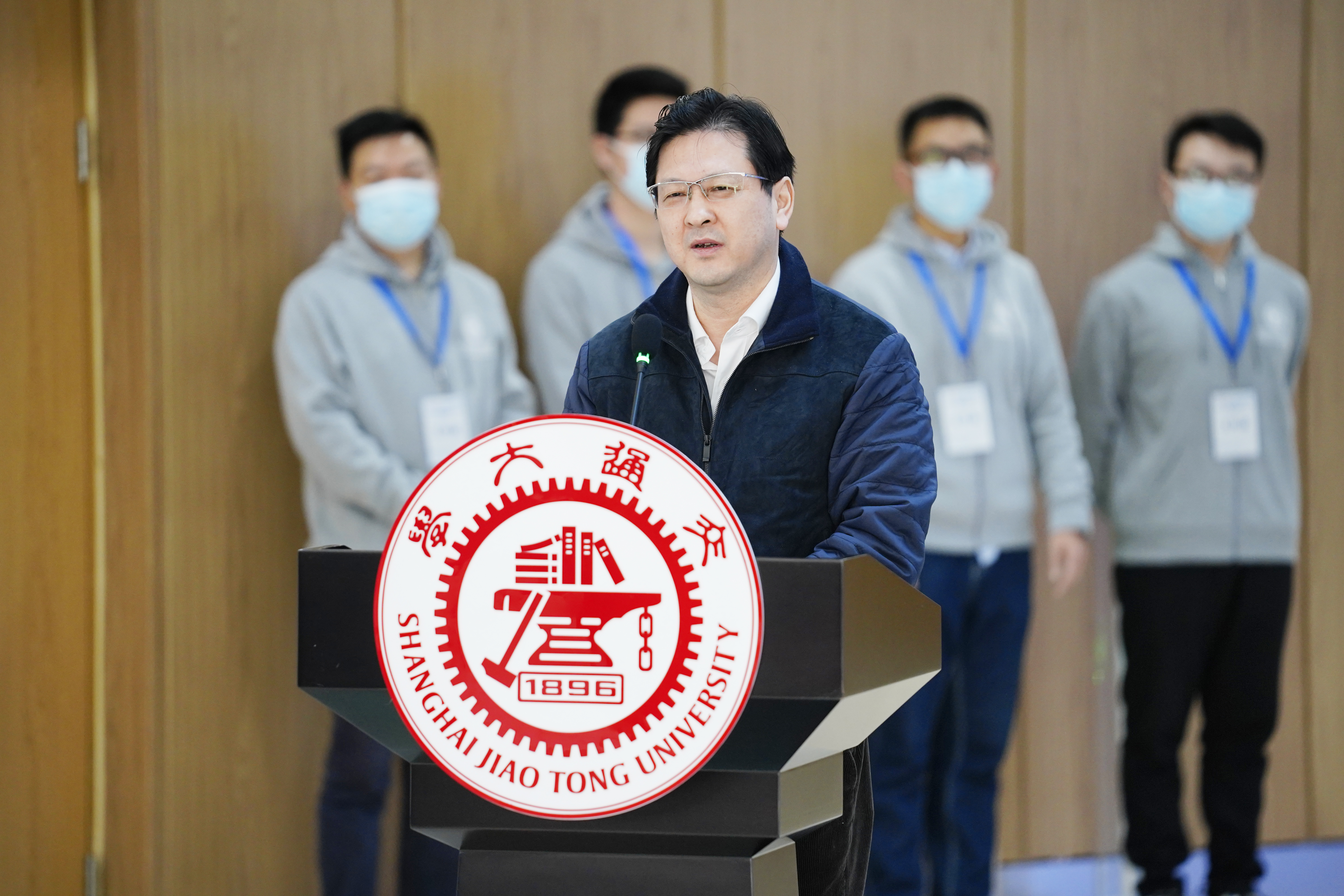 Bin Wu, Member of the Standing Committee of the Minhang District and Deputy District Mayor, gave his speech

After the Opening Ceremony, the present leaders and guests visited the exhibition and new space of IMR. The exhibition includes project samples, project introduction, technical challenges and latest developments in related fields. A new generation of bionic prosthetic hands, a new cardiovascular interventional surgical robotic system, an intelligent aid and service system for lower limb rehabilitation weight-bearing training, a new generation of brain surgery microscope based on laser speckle contrast imaging and VIS-OCT real-time unmarked light biopsy function, an assistive robotic system used to transfer and transport patients with lower limb disabilities left a deep impression on the visitors. In the Phase Ⅱ and Ⅲ, the guests visited the four laboratories for Rehabilitation Robotics, Biophotonics, Bio-Microelectronics, and Micro-Nano Robotics, as well as several laboratories, offices and learning spaces that will be opened in the future, and were exchanging research and management experience and suggestions. 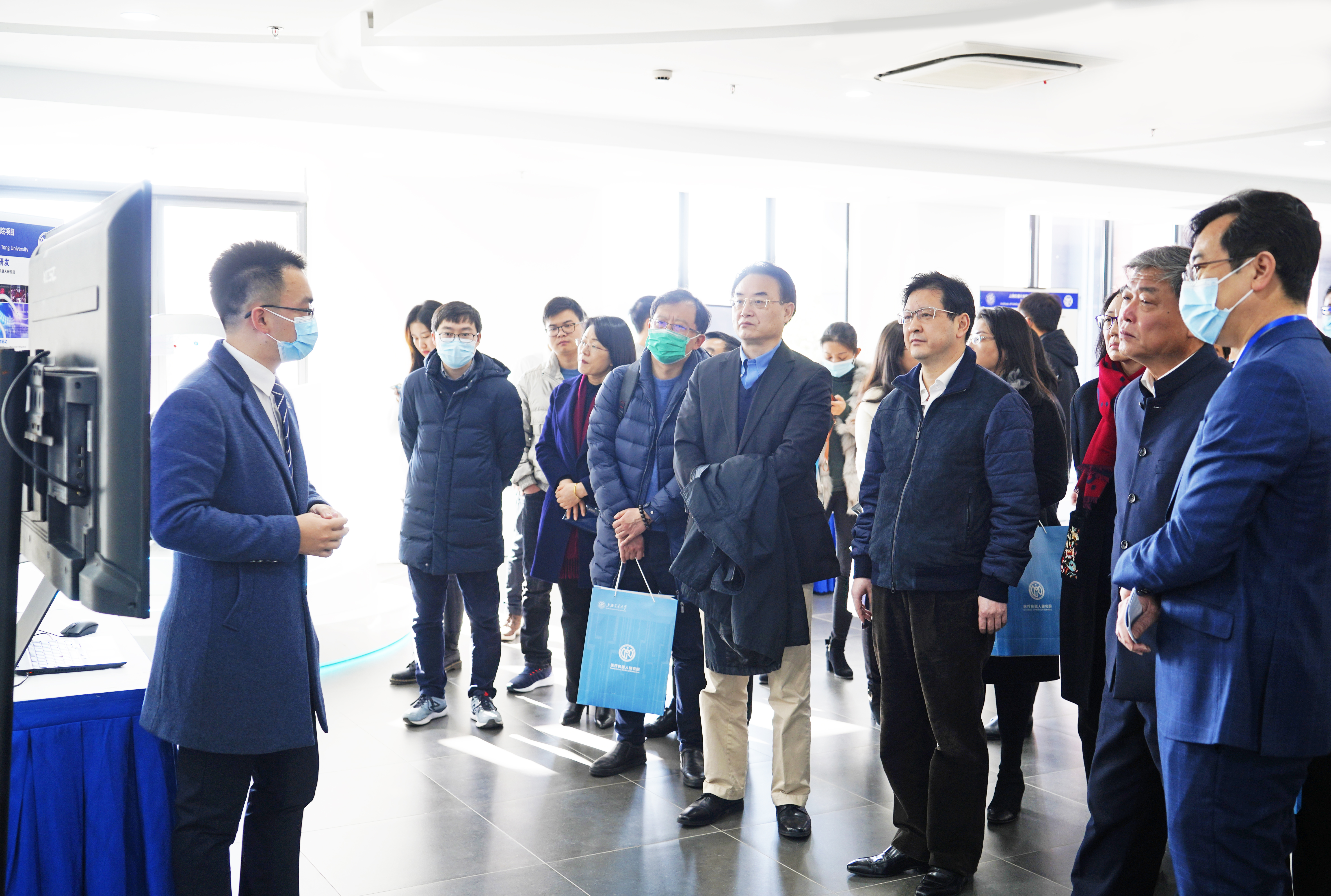 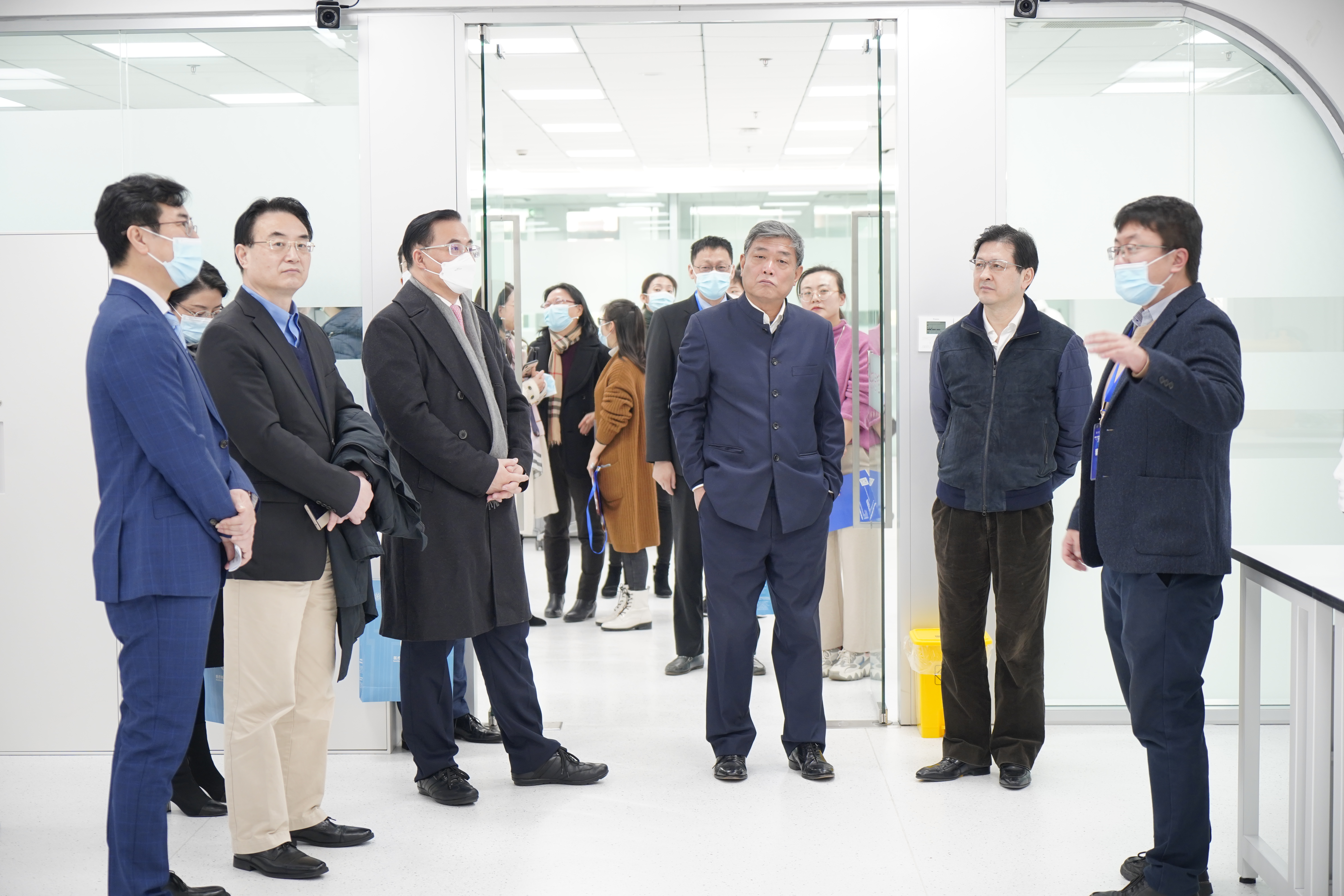 Master Forum with the Theme “The Grand Challenges of Medical Robotics” 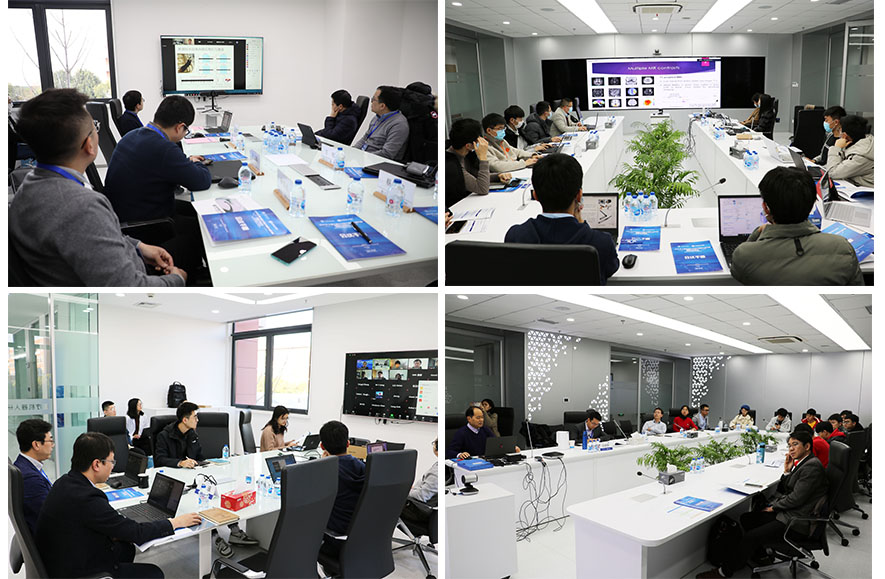 The annual Academic Forum of IMR@SJTU is hosted by IMR, aiming to promote collaborative innovation among governments, academic institutions, hospitals and enterprises, and to boost the international academic exchanges and cooperation in the field of medical robotics. This Forum is the third one, and for the first time, it is held both on site and online synchronously, attracting nearly 600 online registrations, and the average number of online participants in each forum exceeds 100.

Prev：Research News: How could robotics help establish a new norm after COVID-19
Next：Research News: Papers accepted for presentation at "IROS 2020"
Share to：