Integrating a prosthetic hand to amputees with seamless neural compatibility presents a grand challenge to neuroscientists and neural engineers for more than half century. Mimicking anatomical structure or appearance of human hand does not lead to improved neural connectivity to the sensorimotor system of amputees. The functions of modern prosthetic hands do not match the dexterity of human hand due primarily to lack of sensory awareness and compliant actuation. Lately, progress in restoring sensory feedback has marked a significant step forward in improving neural continuity of sensory information from prosthetic hands to amputees. However, little effort has been made to replicate the compliant property of biological muscle when actuating prosthetic hands. Furthermore, a full-fledged biorealistic approach to designing prosthetic hands has not been contemplated in neuroprosthetic research. In this perspective article, we advance a novel view that a prosthetic hand can be integrated harmoniously with amputees only if neural compatibility to the sensorimotor system is achieved. Our ongoing research supports that the next-generation prosthetic hand must incorporate biologically realistic actuation, sensing, and reflex functions in order to fully attain neural compatibility. 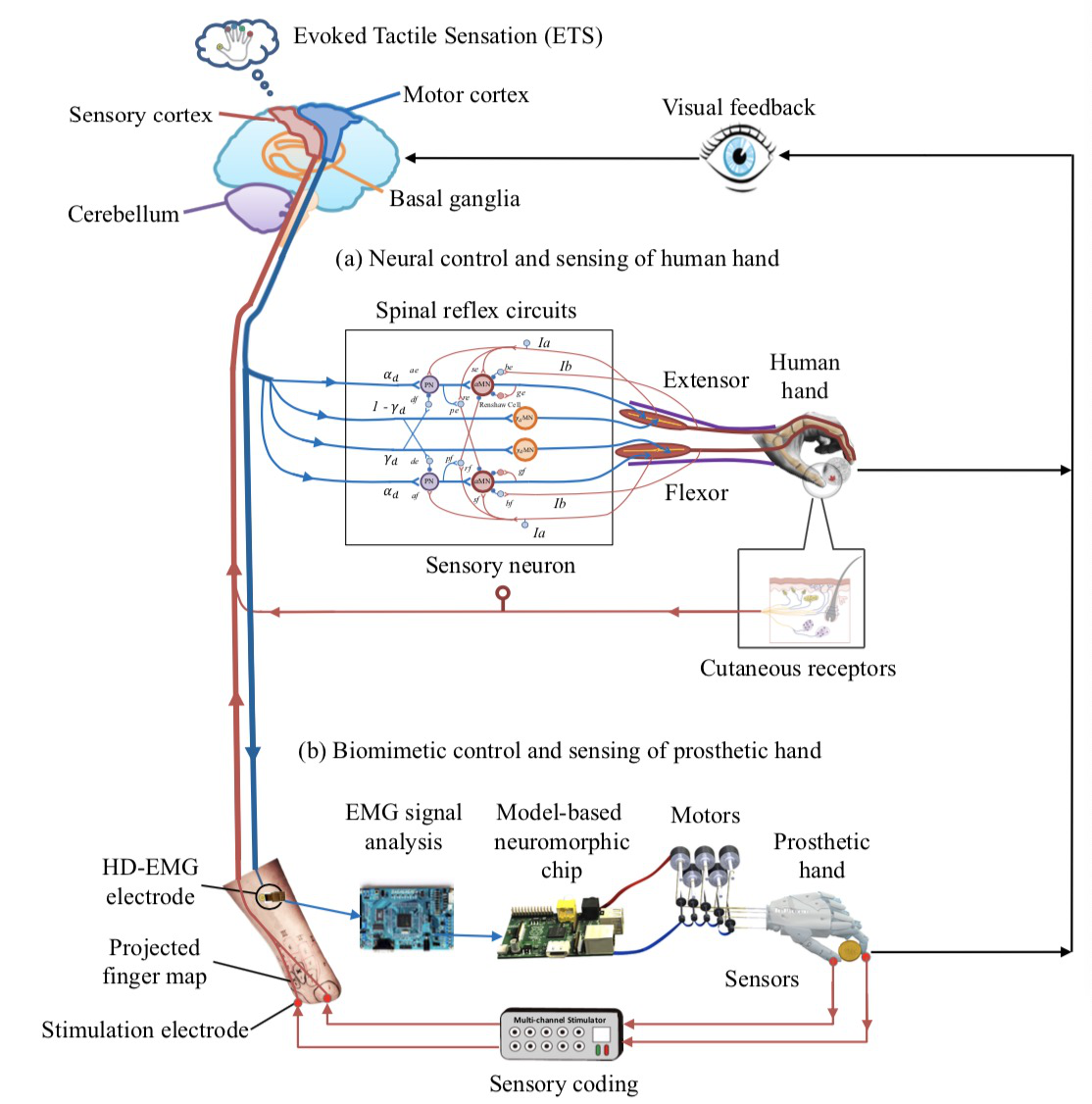 Illustration of neural control of a human hand (a) and biomimetic control of a prosthetic hand (b). Before amputation, the brain controls human hand through an intact neuromuscular reflex system along with proprioceptive and cutaneous sensory afferents. In prosthetic control, the neuromuscular reflex process is amiss, and the sensory feedback information provided may be limited and incompatible to what is acquainted to the brain. Thus, it is essential to restore the neuromuscular reflex process and natural sensory feedback for prosthetic hand. Visual information determines hand positioning and opening.