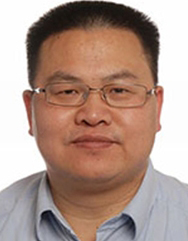 In this lecture, we will introduce the clinical and technical backgrounds of projects, which mainly focus on Medical imaging and Robotic vision: “hand-eye robot world calibration using optical tracking”, “matching sparse point set to a surface model” and “skin lesion segmentation.”

Guoyan Zheng received his B.S. and M.S. degrees in Biomedical Engineering in 1992 and 1995, respectively from The First Military Medical University (Now renamed as Southern Medical University), and Ph.D. degree in Biomedical Engineering in 2002 from The University of Bern, Switzerland. Since 2019, he has been at the Shanghai Jiao Tong University where he is currently a professor at the School of Biomedical Engineering, and the Director and the founder of the Center for Image-guided Therapy and Interventions (CITI), Institute of Medical Robotics. Before he joined the Shanghai Jiao Tong University, he worked at the University of Bern for almost 20 years, first as a PhD student, then as a post-doc until 2004. In 2005, He founded the Lab Of Information Processing in Medical Interventions (IPMI) and directed the Lab until the end of 2018. In 2010, he did his habilitation on medical image computing and received the venia decendi from the University of Bern. He also holds the title of Privatdozent (PD) at the same university. He became an Associate Professor of the University of Bern in 2015. He was a visiting professor in the Image-based Computational Biomedicine Lab at the Nara Institute of Science and Technology from May 2018 to June 2018.