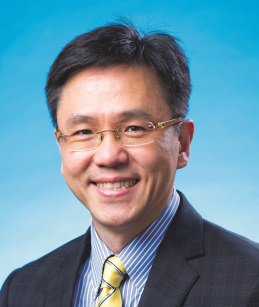 Dr. Dong Sun is a Fellow of Canadian Academy of Engineering and a fellow of IEEE. He is currently a Chair Professor and head of the Department of Biomedical Engineering, Director of the Center for Robotics and Automation, City University of Hong Kong. He also serves the Biomedical Division, Science and Technology Committee of Education Ministry of China. Dr. Sun is among the leading contributors worldwide in pioneering work in robotic manipulation of biological cells. His research has breakthrough in the use of combined robotics and various micro-engineering tools including optical tweezers, micro-needles and electromagnetic devices to achieve cell manipulation, diagnosis and micro-surgery at the single cell level. He has published 17 books and book chapters, 420 papers in referred journals and conference proceedings, and holds 17 international patents. He has directed more than 40 PhD students to graduate in Hong Kong. Dr. Sun organizes several international flagship conferences including the world largest intelligent robot conference (IROS 2019 in Macau). Dr. Sun also actively participated in industrial activities, such as co-founding a high-tech company in the Hong Kong Science and Technology Park and winning Hong Kong Industry Awards. His patented research on intelligent sensors has been used in the E-Channel auto-pass systems at the Hong Kong immigration gate, serving nearly 300 million person-times of automatic customs clearance each year and generating an annual revenue of over HK$10M since 2013.

Robots have gone through a hundred years of development. One of the important directions for the future development of robots is to develop micro-scale smart robots to better serve human health. The application of robot technology to achieve early diagnosis and treatment of diseases at the cellular level represents a new frontier in the development of contemporary medical robots. Microrobotic system for cell therapy is an entirely new emerging theme that is enabled with specially designed automated micromanipulation tools to perform medical diagnosis and treatment on single cells at large scale. This talk will introduce our recent development of combining robotics technologies with micro-manipulation tools including optical tweezers, micro-needles and electromagnetic devices, to accomplish various cell manipulation tasks. With this emerging technology, numerous cell surgical operations can be achieved, which include cell transportation and rotation, cell biopsy and microinjection, and precise delivery of cells with magnetic actuation. These inventions will permit many new unforeseen clinical applications previously thought impossible, and profoundly affect therapeutic treatment in precision medicine.