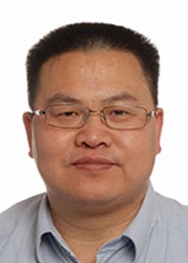 Guoyan Zheng received his B.S. and M.S. degrees in Biomedical Engineering in 1992 and 1995, respectively from The First Military Medical University (Now renamed as Southern Medical University), and Ph.D. degree in Biomedical Engineering in 2002 from The University of Bern, Switzerland. Since 2019, he has been at the Shanghai Jiao Tong University where he is currently a professor at the School of Biomedical Engineering, and the Director and the founder of the Center for Image-guided Therapy and Interventions (CITI), Institute of Medical Robotics. Before he joined the Shanghai Jiao Tong University, he worked at the University of Bern for almost 20 years, first as a PhD student, then as a post-doc until 2004. In 2005, He founded the Lab Of Information Processing in Medical Interventions (IPMI) and directed the Lab until the end of 2018. In 2010, he did his habilitation on medical image computing and received the venia decendi from the University of Bern. He also holds the title of Privatdozent (PD) at the same university. He became an Associate Professor of the University of Bern in 2015. He was a visiting professor in the Image-based Computational Biomedicine Lab at the Nara Institute of Science and Technology from May 2018 to June 2018.

Dr. Zheng’s current research interests include medical image computing, computer assisted interventions, medical robotics, AI, machine learning and deep learning. He has conducted both basic and translational research. His research is multi-disciplinary and collaboration by nature. His research has been supported by the Swiss National Science Foundation, the Swiss Commission for Technology and Innovation, non-governmental foundations such as AO Research Foundation, hospitals, and companies such as BrainLAB, etc. Dr. Zheng has served on numerous programs and organizing committees of international conferences. He was the General Chair for the 2016 International Conference on Medical Imaging and Augmented Reality, and was on the Program Committee for MICCAI 2013, 2015-2018, and 2019. He is also a member of the Board of Director of the International Society of Medical Image Computing and Computer Assisted Interventions (MICCAI Society), and a member of the Executive Committee of the International Society of Computer Assisted Orthopaedic Surgery (CAOS). He served as regular reviewers for journals such as Medical Image Analysis, IEEE Transactions on Medical Imaging, etc. He is an Associate Editor for various journals including IEEE Transaction on Biomedical Engineering, IEEE Journal of Biomedical and Health Informatics and the Journal of Computerized Medical Imaging and Graphics.

In this lecture, we will introduce the clinical and technical backgrounds of projects, which mainly focus on Medical imaging and Robotic vision: “hand-eye robot world calibration using optical tracking”, “matching sparse point set to a surface model” and “skin lesion segmentation.”